Le’Andrea Vernon, a single mother working full time, struggles to find preschool enrichment programs for her 3-year-old daughter that accommodates her work schedule.
Brenda Carman, who makes ends meet with support from her son’s father, finds the preschool programs that will help her 3-year-old get ahead can be too expensive.
Both mothers say a United Way of Dane County program introduced last year in Madison and already expanding has made it easier for them to prepare their children for kindergarten.
“When it comes to the education of your child, I don’t see why people have to struggle with that,” Carman said. “It’s too hard as it is.”
The United Way of Dane County, with a financial boost from the CUNA Mutual Foundation, is nearly tripling the reach of its Parent-Child Home Program next year from 43 to 119 families. The program is expected to cost $465,000 total, or about $3,900 per child. The program is geared toward low-income families.
The program is one of several emerging strategies to raise achievement levels among low-income and minority students in Madison. Over the past seven months, the Madison School District has developed a plan to close the achievement gap with $4.7 million in new spending committed for next year.
As initially proposed, the district plan called for spending about $220,000 per year for further expansion of the Parent-Child Home Program, but the amount was not included in the final proposal. Superintendent Jane Belmore said the removal was based on the need to cut costs, rather than the merits of the program.
School Board president James Howard said board members haven’t expressed an interest in funding the program.
“I’d like to see us start small and see what kind of returns we get and then expand, instead of taking a lot of money and throwing it at a lot of things,” he said.
The program concept was developed in Massachusetts in 1965 and the United Way points to studies that have found participants were better prepared for kindergarten, had higher test scores in elementary school and were more likely to graduate than non-participating peers.
A kindergarten evaluation the Madison School District administers each fall consistently finds the achievement gap between white and minority students exists before students enter kindergarten. In fall 2010, 77.5 percent of white students were prepared for kindergarten, compared with 36 percent of black students and 22 percent of Hispanic students, according to the district evaluation results.
The kindergarten gap is one of the reasons Madison introduced 4-year-old kindergarten last year. The Parent-Child Home Program aims to help low-income and minority children at an even younger age.
The program involves a weekly home visitation for about 30 to 45 minutes by a trained adult who gives a book or educational toy to the child and offers the parent tips for nurturing early childhood development.
Vernon said she read regularly to her daughter Lillian before starting the program, but didn’t realize she could use the books to develop her daughter’s critical thinking skills. For example, one week the instructor brought the book Go Dog Go! and showed how to point out the differences between the dogs on each page.
“I definitely didn’t realize how much stuff could be done with different things like the books they brought in,” she said. “This program helped me to find ways to engage with her more.”

Personalized early learning home visits focused on language development and literacy are setting up Dane County’s youngest citizens for success when they start school. The Center for Families’ Parent-Child Home program prepares children and their parents for 4-year-old kindergarten and beyond. Parents across the county can sign up…

June 26, 2013– On June 20, United Way celebrated our first graduating class of Parent-Child Home students. These 35 4-year-olds are the first group to go through the evidence-based home visitation program whose primary goal is to ensure children enter kindergarten with the necessary skills to succeed —… 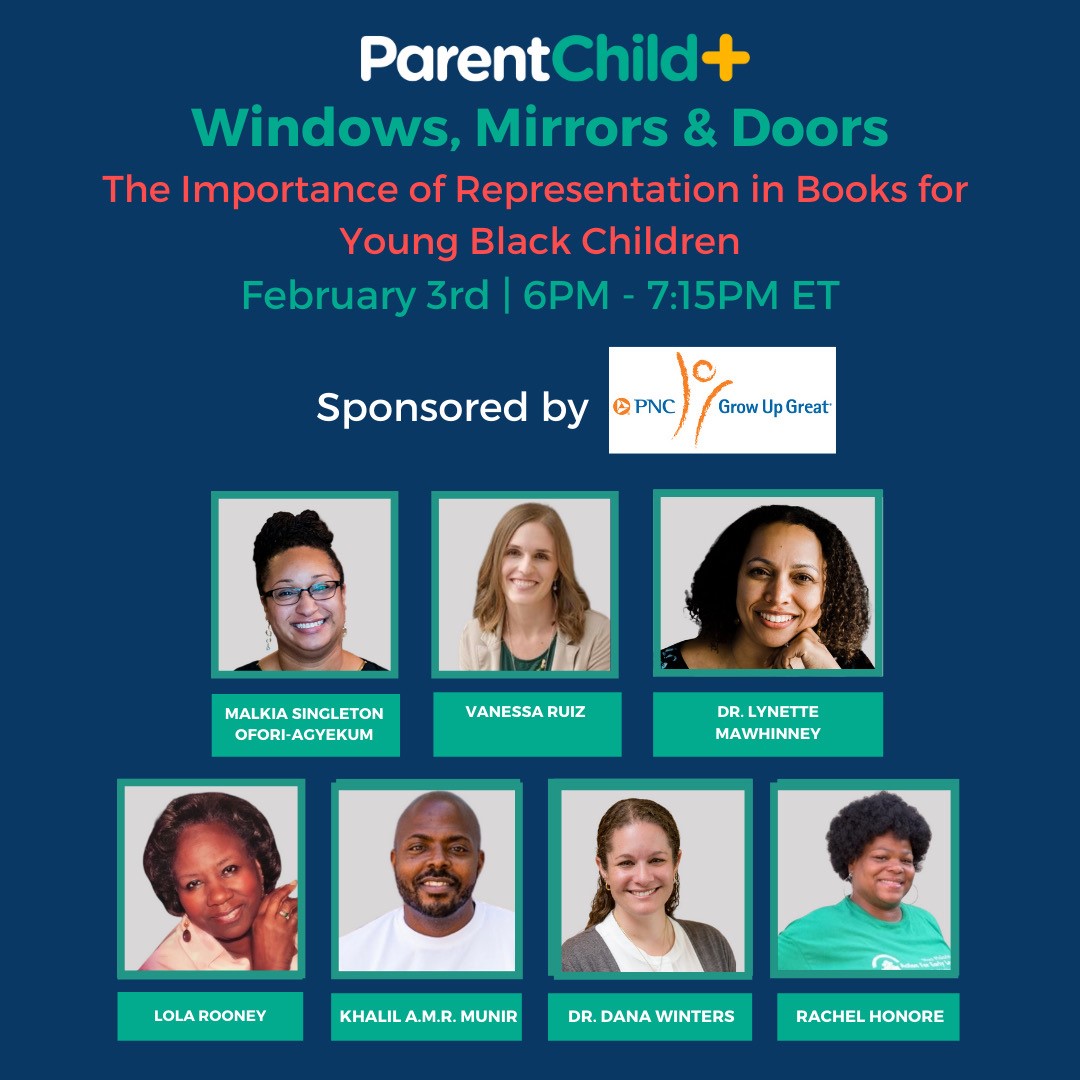 In celebration of Black History Month, join us on February 3rd at 6PM ET for a compelling discussion on the representations of African American and Black characters in children's literature. We're so grateful for our incredible sponsor PNC for their support in helping make this event happen, and for all of our ParentChild+ families.